LPUNEST syllabus – Lovely Professional University exam syllabus – LPUNEST is National Entrance and Scholarship Test for admission to various programmes in Engineering and technology in Lovely Professional University. After clearing this test and getting a good score, the applicant can hope to get a seat based on merit after studying basic 12 th standard board examination type questions.

Laws of motion: Force and Inertia, Newton’s First Law of motion; Momentum, Newton’s Second Law of motion; Impulse; Newton’s Third Law of motion. Law of conservation of linear momentum and its applications; equilibrium of concurrent forces. Static and Kinetic friction, laws of friction, rolling friction. Dynamics of uniform circular motion: Centripetal force and its applications.
Work, energy and power: Work done by a constant force and a variable force; kinetic and potential energies, work energy theorem, power. Potential energy of a spring, conservation of mechanical energy, conservative and non-conservative forces; Elastic & inelastic collisions in one and two dimensions.
Rotational motion: Centre of mass of a two-particle system, Centre of mass of a rigid body; Basic concepts of rotational motion; moment of a force, torque, angular momentum, conservation of angular momentum and its applications; moment of inertia, radius of gyration. Values of moments of inertia for simple geometrical objects, parallel and perpendicular axes theorems and their applications. Rigid body rotation, equations of rotational motion. 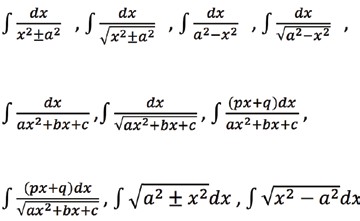 Coordinate geometry: Cartesian system of rectangular coordinates in a plane, distance formula, section formula, locus and its equation, translation of axes, slope of a line, parallel and perpendicular lines, intercepts of a line on the coordinate axes.
Straight lines: Various forms of equations of a line, intersection of lines, angles between two lines, conditions for concurrence of three lines, distance of a point from a line, equations of internal and external bisectors of angles between two lines, coordinates of centroid, orthocentre and circumcentre of a triangle, equation of family of lines passing through the point of intersection of two lines.
Circles, conic sections:Standard form of equation of a circle, general form of the equation of a circle, its radius and centre, equation of a circle when the end points of a diameter are given, points of intersection of a line and a circle with the centre at the origin and condition for a line to be tangent to a circle, equation of the tangent. Sections of cones, equations of conic sections (parabola, ellipse and hyperbola) in standard forms, condition for y = mx + c to be a tangent and point (s) of tangency.
Three Dimensional Geometry: Coordinates of a point in space, distance between two points, section formula, direction ratios and direction cosines, angle between two intersecting lines. Skew lines, the shortest distance between them and its equation. Equations of a line and a plane in different forms, intersection of a line and a plane, coplanar lines.

joel is the admin and co-editor of padhaee and writes articles based on engineering,education,careers import export and ecommerce business.